Effect of compaction on moisture buffering of hemp-lime insulation

The hygrothermal properties of hemp-lime vary greatly depending on density, so could potentially be tailored for a particular climate or building use. Density can be altered by either changing the hemp to lime ratio, or by varying the force applied when compacting the wet material. 18 samples of 200mm x 200mm x 70mm were cast with varying amounts of compaction and a constant ratio of 1 part hemp shiv to 1.65 parts lime binder to 2.1 parts water by mass. The samples were conditioned at 20°C and 60%RH and dried out at 60°C after 3 weeks, 6 weeks, and 4 months to measure the dry density. Moisture buffer values (MBV) were then measured for 5 of the samples by continuously weighing them in a climate chamber with step changes between 53% and 75% relative humidity every 12 hours. A study was also conducted to estimate the effect of air movement. Dry densities ranged between 192 kg/m3 and 365 kg/m3. There was a strong linear relationship between wet and dry density. Over time the dry density of all samples increased, with higher density samples increasing for the longest time, which is likely to be due to carbonation of the lime binder. The lowest density sample tested (210 kg/m3) had the highest MBV (3.06 g/m2∆RH). This decreased by only 6% when the density increased to 278 kg/m3, but by 39% at 333 kg/m3. Therefore to maximise moisture buffering it is important to only compact the hemp-lime using the force required for structural integrity. 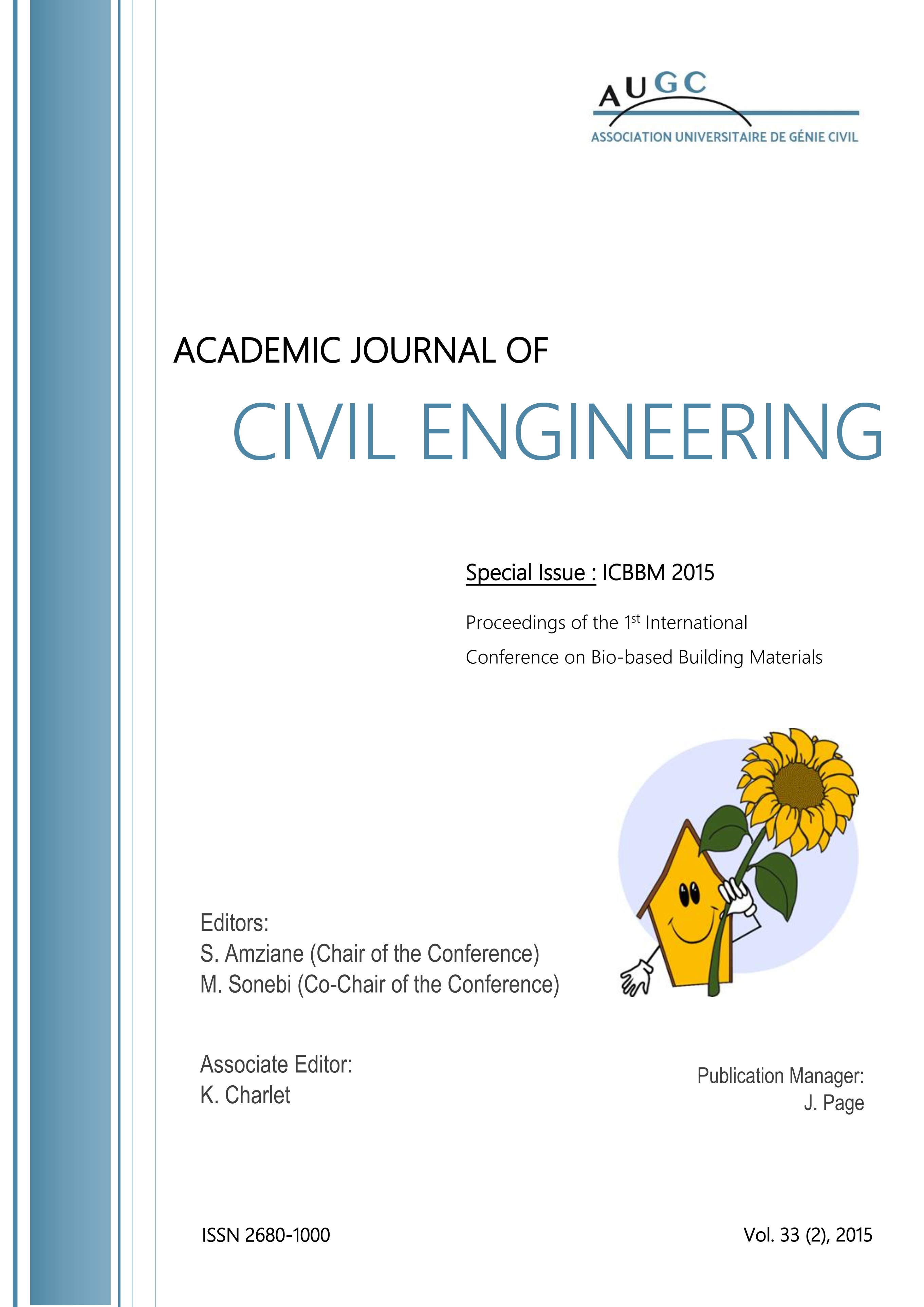